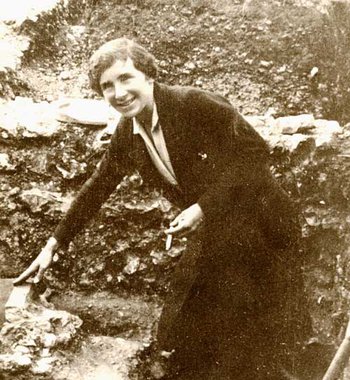 Meet pioneering archaeologists from across Europe and discover the stories of these fascinating women.

From the early days of archaeology, women have made significant contributions and yet their work is less well known. Today around half of all archaeologists are women. You see women supervising working on excavations, surveying and researching sites of all periods, in conservation and heritage management, in museums, caring for archives and collections, advising on how climate change impacts on historic sites, producing illustrations, working with the public, and transferring their knowledge and skills to the next generation.

In this blog, we introduce six pioneering women archaeologists and their stories.

Jane Dieulafoy (1851 - 1916) was a French explorer, archaeologist and a writer who excavated the site of Susa with her husband, Marcel-Auguste Dieulafoy, in the 1880s. Their finds from Susa form part of the Louvre's Iranian collection today. 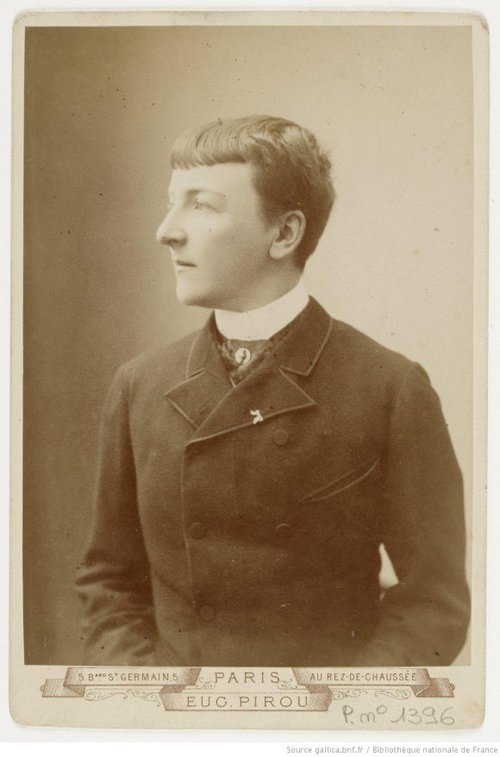 Jane had a traditional up-bringing but a far from conventional life. After marrying, she followed her husband to the front during the Franco-Prussian war put on a soldier's uniform and fought alongside him. Later, when they began their journey through Persia to Susa, Jane continued dressing as a man and cut her hair short. As most archaeologists today wear trousers in the field it is surprizing to note that this was illegal for women in France at the time and Jane required special permission!

Throughout her journeys and on site, Jane kept detailed diaries and took photographs of the remains. During the excavations she supervised large all-male teams of local workers, while recording and mapping their finds. One aspect of the excavations, sadly not unusual of those times, was the damage caused to the site by the removal of architectural components for transfer back to the Louvre. 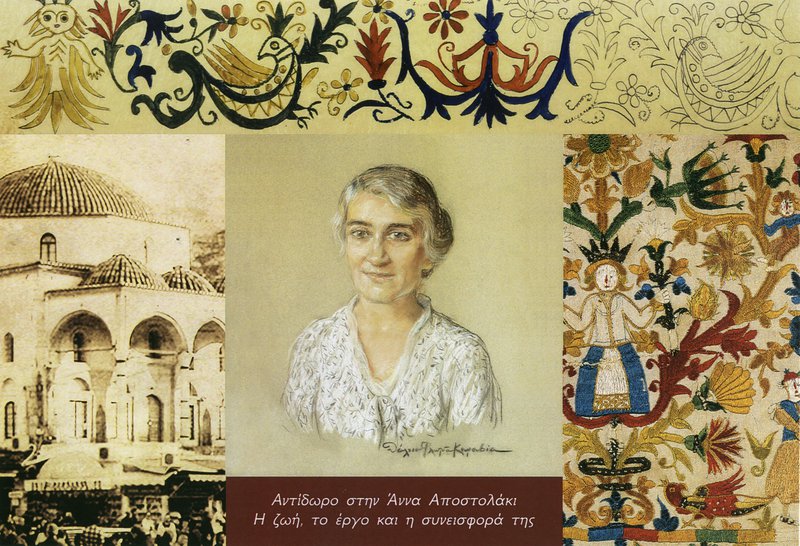 Anna went on to become the first curator of the National Museum of Decorative Arts in 1926, caring for its collections and becoming internationally known for her work on ancient textiles, weaving traditions and folk art. She worked at the museum through the inter war period publishing the catalogue on Coptic textiles. Anna was a founding member of the Lyceum Club of Greek Women and gave her first lecture to members on the Palace of Minos at Knossos in 1911. She was speaking in public at a time when much of public life and the scientific world was male dominated.

Tessa Verney Wheeler (1893 – 1936) was an accomplished archaeologist who excavated a number of important sites in Britain with her husband, Mortimer Wheeler. The Wheelers were considered to be a team in their lifetime, they ran excavations together, developing excavation methods and and publishing their work jointly. 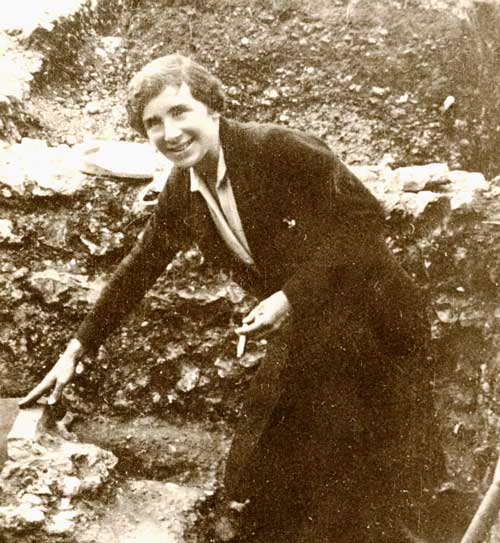 Their last joint excavation of the Iron Age hill fort at Maiden Castle was funded by public donations, largely as a result of Tessa's efforts. She spoke frequently at historical societies and encouraged visitors - the Wheelers were pioneers in filming their excavations and in bringing them to public attention. But it was perhaps as an effective teacher of the next generation that Tessa made her most important contribution. Numerous female archaeologists including Kathleen Kenyon, Beatrice de Cardi, Veronica Seton-Williams, Ione Gedye and Molly Cotton all learned excavation techniques from Tessa Wheeler. Shortly before her death she was instrumental in the creation of the Institute of Archaeology in London.

Marija Gimbutas (1921 – 1994) was born in Vilnius but she emigrated to the United States in 1949 with her family. She took up a post at Harvard University and later became professor of Archaeology at University of California, Los Angeles from 1963 until 1989. 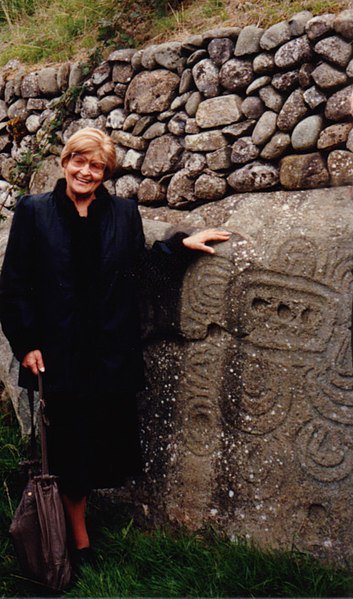 Marija was internationally known for her research into Baltic Neolithic and Bronze societies and for her Kurgan hypothesis, which explored the migration of peoples in an Indo European region. Another research area focused on female figurines and she gained fame for three English language books on the theme of the civilization of the Goddesses of Old Europe . While some of her ideas have been challenged, her interpretation of Neolithic and Bronze age Europe as having complex social organisation, religious practices and a material culture filled with meaning continue to inspire and provoke new research.

This blog post wouldn't be complete without highlighting some of the women working in archaeology today.

Shahina Farid is a British archaeologist who is best known for her work as Field Director of excavations at the Neolithic site at Çatalhöyük. 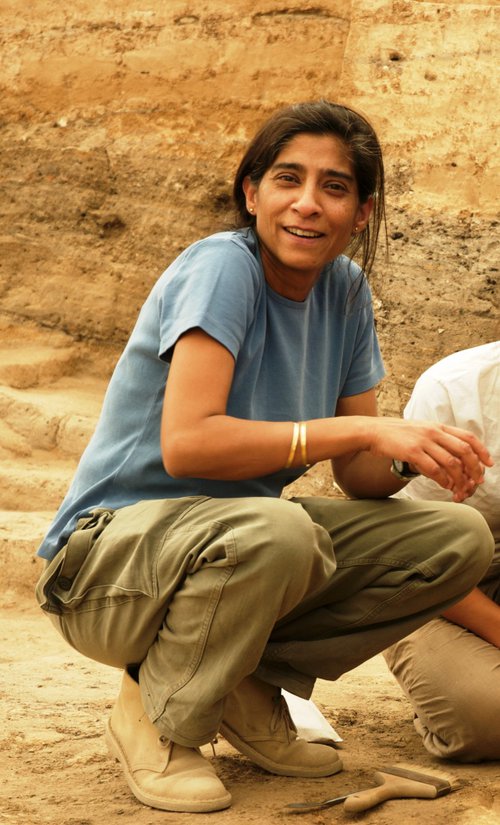 Shahina worked at Çatalhöyük for 20 years until leaving in 2012. Her work on the Çatalhöyük stratigraphic sequence is a cornerstone of archaeological and scientific studies, reflected in her publication record of over 40 articles and reports. Currently, she works for Historic England as a scientific dating coordinator.

Ann Degraeve is Head of the Archaeological Department of the Heritage Direction, Ministry of the Brussels Capital Region, Belgium and Secretary to the Board of the European Archaeological Council. 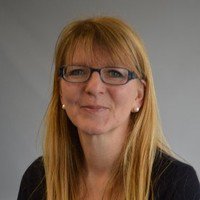 These stories give a snap shot of the many different roles and contributions that women have made to archaeology across Europe and beyond from its beginnings and continue to make today.